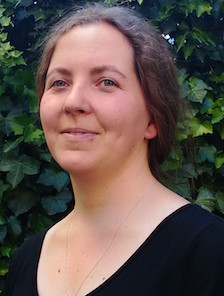 Born in 1984 in Prague. In 2008 graduated from the 2nd Faculty of Medicine of the Charles University in the field of General Medicine and became a Member of the Czech Medical Chamber. Within 2008 – 2009 she worked as a secondary physician in the Psychiatric Hospital Kosmonosy, since 2009 she has been working in the Psychiatric Hospital Bohnice. In 2013 she passed a specializing medical attestation from the subject-area of psychiatry.

She has been attending a psychotherapeutic training PCA since 2011(Psychotherapy and client-oriented counselling), has finished 3.5 year´s community-group part and has been continuing in the further individual training programme. Tereza also completed Crisis Intervention course at I.E.S., Basic Course of Self-knowledge through Gestalt Therapy, a Course of CBT work with depressive clients and clients with personality issues and other therapeutically focused courses. 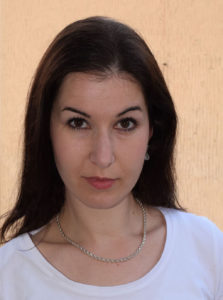 Born in 1981 in Prague. Studied 1st Faculty of Medicine of the Charles University and after graduation in 2010 started to work as a secondary doctor in the Psychiatric Hospital Bohnice (PHB). There she was employed in various departments and gained experience with a wide range of psychiatric disorders therapies. Jana is a member of the Czech Medical Chamber and a member of Psychiatric Association of J. E. Purkyně.

In 2014 she began doctoral studies of neuroscience at the 3rd Faculty of Medicine. What she has been focusing on during her studies are primarily problems of Bipolar affective disorders led by MUDr. F. Španiel, Ph.D. In connection with her study she started to collaborate with Psychiatric Centre Prague (currently NÚDZ), where she participated in the ESO survey dedicated to schizophrenia research.

Since April 2015 she has been working for a newly established clinical research facility of the NÚDZ (National Institute of Mental Health), whose director is prof. MUDr. Cyril Höschl DrSc. FRCPsych. She continues to be on duty for institutional emergency at the central admission of Prague Hospital Bohnice. She is enrolled into a psychotherapeutic training in an integrative Gestalt therapy with PhDr. Martin Jára (INSTEP). 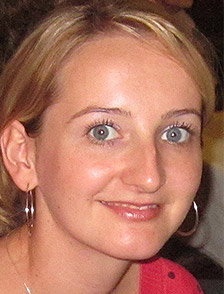 Born in 1984 in Benešov u Prahy. In 2009 graduated from the 2nd Faculty of Medicine of the Charles University in a subject-area General Medicine and become a member of the Czech Medical Chamber (ČLK). Since 2009 has been working for the Psychiatric Hospital Bohnice, where, over a long period she has been employed at the ward of follow-up regime care for women recovering from drug addictions.

In 2014 passed medical attestation in the subject-area of psychiatry. She is an owner of licences for running of private medical practice, for carrying out the functions as a lecturer in medical practice and as a professional representative, and for providing counselling services in the field of psychiatry.

Iva is also a holder of the Lifelong Learning Diploma. Besides other things she completed specialized certified training courses and seminars, such as: SLEA – Existential-Analytical Approach to Addictions, S.E.N.A. – Basic course of Transactional Analysis „TA 101″, Psychotherapeutic techniques at PPP under the tutelage of RNDr. Květa Palusková, LIPPP – Working with Timeline.

Alongside, in her work, she applies experience gained during the training „Ways of Systematic therapies” led by PhDr. Vratislav Strnad (2011-2012, ISZ-MC). Since 2012 she has been enrolled into a psychotherapeutic training in an integrative Gestalt therapy with PhDr. Martin Jára (INSTEP).